How To Embrace Failure To Achieve Success (VIDEO)

You can turn your failures into successes; however, I see far too many people these days that never even get out of the starting gate for fear of failing. Not because they failed, but there isn’t even an attempt to try. They never try because the fear of failing is just too great. I don't want you to be one of those people because the good shit really is just on the other side of the walls of your comfort zone.

The first thing we need to understand in all of this is that failure in itself is a paradox. In other  words, failure is a requirement of success. Nobody succeeds the first time out without some sort  of setback, mistake, or general fuck up, and while it’s true that there have been overnight success stories, those stories are the exception, not the rule.

For people like us, we get to learn things the hard way, and we get to fail a few times, and that’s what makes it all worth it. So, please accept that you're going to get your ass kicked from time to time. This is what makes you better, stronger, and a more resilient fighter with a deeper understanding, greater knowledge, and a more profound appreciation.

The only way to avoid failure entirely is to 1) lower your definition of success or 2) never attempt anything in which failure is a remote possibility. To me, both these options sound miserable. I would rather try for something worth having than never try at all, and I would not want to aim so low that it would be impossible to fail. That’s how I feel, and hopefully, you feel the same way.

Whatever path you're on and whatever goal you have, right now is a good time to realize that it's probably not going to turn out exactly as you planned. I mean, you can plan for that, and it could even turn out way better! I’m sure you've heard the expression that failure is not an option, well, I've got news for you. A failure is always an option and quite often is a distinct possibility.

If you're trying to achieve something that you've never achieved before, then there's a pretty good chance you're going to get hit with some shitstorms along the way, but knowing that ahead of time will help you to better deal with it when the time comes.

Did you make a mistake, did something not turn out the way you planned?

I say good because there's always a reason, and often we need to go through certain things to get where we're going next. Sometimes there's a lesson to be learned, and sometimes you'll meet someone you wouldn't have met before that can help you later on down the road.

Sometimes that failure will spark a new idea that you wouldn't have thought of before. What I’m trying to say is that there's always some little nugget of truth you can pull from every failure, and then you can leave the rest behind.

We must trust that when things didn't work out, they didn't work out for a reason.  The universe always has your back, and although you may not know the reason at the time, eventually, you will. I've been through some pretty shitty times in my life, and it took me many years to realize all of this. Once I understood how it all works, I've seen my failures for what they are, and that's one of the essential building blocks towards future success.

I hope that you're able to do the same now, too. I know many of you might be going through a tough time right now, and it’s not easy to see all this when you’re neck-deep in the crap pile. I promise you that if you can reframe your failures and start to see them from this new  perspective, it will serve you well.

Another trick that I've learned about how to embrace failure is to take responsibility for it. We can be honest here and say that when things go wrong, it is often our own fault, and during these times, we must take full responsibility. Taking responsibility helps us better understand why things didn't work out and teach us what we can do to prevent it from happening again.

There are times when things go wrong, but it wasn't your fault, and you need to be very honest with yourself here in determining if it was or wasn't. But even when things are not your fault, you still need to take responsibility for how you react to it.

Our reactions, and the way we choose to handle things, are most definitely our individual responsibilities.  There’s no question about that, and at the end of the day,  we need to learn to embrace failure, love and appreciate failure and respect our failures.

Failure is not the enemy but more like your best bro in a time of need; your BFF when shit hits  the fan.

I invite you to consider a new perspective, a perspective in which you see all failures as something positive, and not just the mega life-changing failures but even the small and seemingly mundane losses, even the dumb everyday shit.

Perception is reality, and the way you decide to interpret an event will dictate the reality you're about to experience next.

Failure is not the enemy but more like your best bro in a time of need; your BFF when shit hits  the fan. Whatever path you're on and whatever goal you have, right now is a good time to realize that it's probably not going to turn out exactly as you planned.

I invite you to consider a new perspective, a perspective in which you see all failures as something positive, and not just the mega life-changing failures but even the small and seemingly mundane losses, even the dumb everyday shit.

Enter your details below to join the challenge. 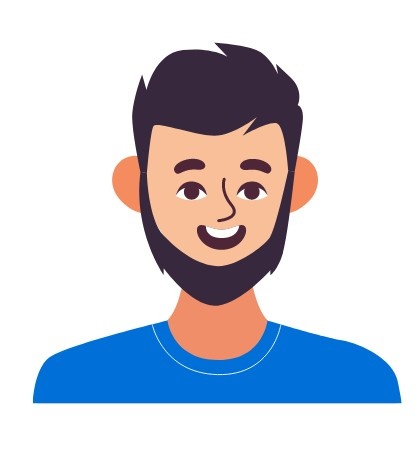